I wasn't really a beach person until a few months ago when I learned how to swim. Now, I'm actually excited to go to the beach and not drown for once. My climb buddies and I took a break from our climbing shits so we (still) packed our tents and headed for an awesome island. I don't know why these guys love roughing it out when there's a perfectly good bed at the resort. Plus there's airconditioning! 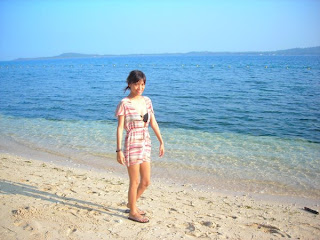 The trip to Potipot Island in Zambales was a long one. But it didn't really matter. As soon as the bus conductor collected our tickets, we were off to dream land. Sang, as usual, was slobbering on my shirt as soon as the bus started. 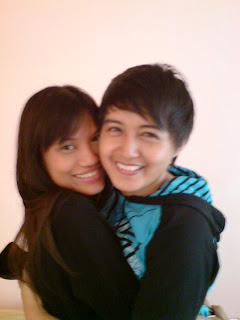 (at the resort.. nag lalampungan)
My sunscreen sucks. I'm still really really dark and my face stung. We vowed to buy a better sunscreen for our next beach/pool outing. 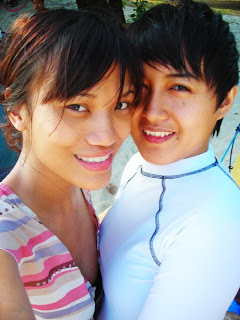 (smile pa din kahit mainit)
I wore a bikini top. I would have posted it here but I wouldn't want to disturb you. I needed therapy right after I saw the pictures. Disturbing. 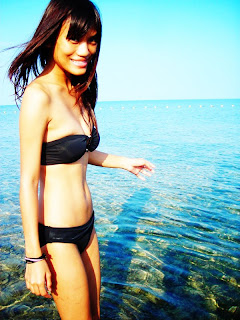 (don't have the courage to post my pic here. so here's Sang. sexy ah! yum yum)

It was a fun outing. One I wouldn't mind doing again. We ate charcoal (it was actually liempo but you couldn't taste what you're eating since its super burnt) and some sort of fish. I'd go back there again.. but this time, armed with a better non-shitty sunblock and some already cooked food. 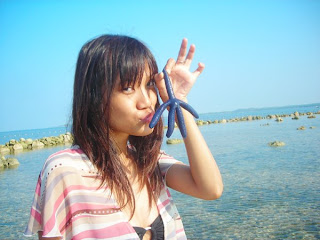 I met a lot of new people this week. 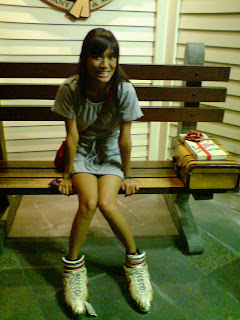 (si bubba gump)
The first group was at my new apartment. Next door neighbors. I haven't memorized their names yet. And I tend to mix up their faces so I just call all of them "dude". They look the same to me. They're mostly a bunch of kids (14-16 year olds). But there are 29 year olds as well. Diverse group.
Moving to a new place was really stressful. I'm glad the two AiSZas were there to help me out. Plus they came in handy when we got flagged for some traffic violation - but I think it was mostly their fault for doing crazy poses which attracted the traffic guy's attention. Well, they can definitely charm the pants off of any police officer.

Oody's. It's a Thai resto that serves really thick and authentic Thai tea. Food was awesome in spite of me eating 3 pieces of very hot chili accidentally. I've never drunk 3 glasses of water + ketchup + some kind of sauce + mango salad vinegar + a bit of Cecille's coke that fast before. Sheeeee.. I should be careful in Thailand. Those people are serious with their hot food. When they say hot, they don't mean the temperature. 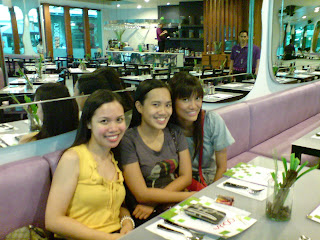 We had dinner here with Giselle and Cecille. Yeah. Tricky names. They're actually very welcoming. Nice people. Giselle drove us home. She's the perfect example that girls have road rage as well -> Giselle : "At dahil jan, bubulagin ko kayo" (and for that, I'll blind you) and went on to switching her headlights to high and low as fast as she could at the jeep who loaded and unloaded on a 1 lane street.

And then earlier, I finally met Kape - Marian's gf. I love how we're going back to being just friends. It's a breath of fresh air for me. It is hard to deal with your gf's ex. I hope she doesn't see me as a threat anymore. Well.. Let's just hope we could be friends in the future.

Waw. I didn't know moving to a new place could expand my acquaintance that fast. If moving wasn't so stressful, I'd probably move around every other month.
Posted by acheron at 9:29 AM No comments: